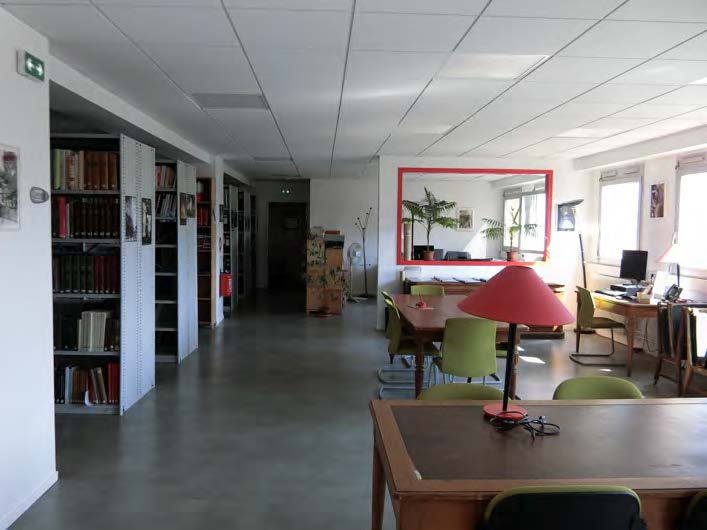 The research entitled A Comparative Study on the Plan of Extension of Paris and of Osaka in the Debut of the 20th Century was condcuted in Paris from August to September. This study aims to resume the plan of extension of Paris and the Great Osaka Plan during the dawn of 20th century ; and to compare them from the perspective of ideal suburban planning, which formulated the urban theory of comfortable living environment by making the most of local characteristics through urban conservation. This study may provide suggestions for the future of suburban area during a period the city shrinkage in Japan.

While taking charge on this part of the research with regards to Paris, the research employed three standard methods: 1) theory research about suburban planning, 2) research about local plan and 3) evaluation of the plans. For the part on Paris, the study focus on the architect for the City of Paris, Louis Bonnier, who was also the president of the Higher Commission of the City Planning established by Cornudet Law. The targeted communes of the suburban plan were 111 communes in Ile-de-France region (Seine-et-Marne, Yvelines, Essonne, Hauts-de-Seine, Seine-Saint-Denis, Val-de- Marne, Val-d’Oise). Research materials were gathered from the Library of the Commission of the Old Paris (Commission du Vieux Paris :CVP) where Louis Bonnier established the unique list of monuments in Paris called Artistic and Archaeoligical Rack (Casier Artistique et Archeologique :CAA) in 1916 ; and in the Archive of Center of Architecture and Heritage (Cité de l’Architecture et du Patrimoine) in Paris.

The following depicts the research proceedings in Paris during the summer. Arriving in Paris on 29 August 2016, Mr. Philippe Bonnin, who is the research director of National Center of Scientific Research (Centre National de Recherche Scientifique :CNRS), Laboratory of AUS (Architecture, Urban planning, Society) was first met for discussion. The visitation to the School of High Studies of Social Sciences (École des hautes études en sciences sociales :EHESS) was conducted on 30 August. It was followed by the participation in the French- Japanese Summer University on traductology (Université d’été franco-japonaise en traductologie) organized by the French Society of Traductology (La Société Française de Traductologie :SoFT). On top of attending the lecture conducted by Mr. Augustin Berque entitled From Translation to Trajection (De traduction en trajection), a discussion was also held. The afternoon was followed by the visitation to the CVP, which office has just moved from the 9th to the 18th ward in Paris due to the change of the policy by Mayor Anne Hidalgo. This was where Ms. Elisabeth Pillet was met. She is involved in the conservation of heritage and had gathered materials related to works of Louis Bonnier. On 31 August, the survey proceeded to the National Library of France (Bibliothèque Nationale de France) and where materials were gathered. On 1 September, the visitation to the Archive of Center of Architecture and Heritage, situated in the 13th ward in Paris, completed the materials related to the suburban planning for Grand Paris at the dawn of the 20th Century which was mainly conducted by Louis Bonnier.