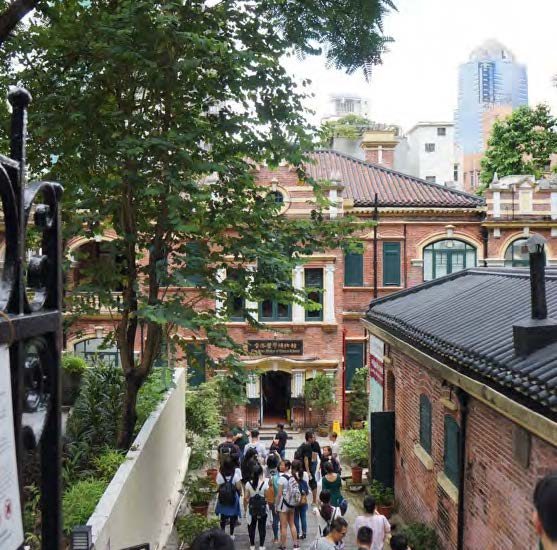 Since 2008, Ayako Fukushima has been engaged in the interpretation of lay believers’ contribution in construction and maintenance of religious heritage. Her particular focus has been Catholic churches in Hong Kong and Japan.

Generally, heritage value has historic, aesthetic, scientific, spiritual, or/and social aspect. The research interest of Dr. Fukushima is how spiritual or religious value could be properly maintained. Living religious heritage such as Catholic churches, Buddhist temples, and other sacred places are usually maintained by believers through their contribution and commitment. The most popular way for believers to contribute is donation of money and objects. Another way of commitment is voluntary provision of the believers’ own professional expertise such as planning, designing, and constructing religious facilities. Heritage value can be identified not only in tangible religious architecture but also in such intangible contribution and commitment of lay believers.

During the past years, Dr. Fukushima has carried out a research to understand why and how lay Catholics of Hong Kong, particularly those of building professionals, involve themselves voluntarily in planning and designing their church buildings. In early 2016, her research result was published as a Ph. D dissertation, in which she concluded that lay Catholics’ involvement arose from social, political, and spiritual factors and motivations (for further details, visit the website of the library of the Kyushu University for the full text of her dissertation).

She is also interested in the political and social issues in Hong Kong. In 2014, the political concern surged in Hong Kong society, which has since been divided between pro- China and pro-democracy camps. The political shift of Hong Kong under China will greatly affect the religious affairs and activities including construction and maintenance of Catholic churches. In such a critical period of time, she keeps observing how lay Catholics perceive their faith and religious heritage and what meaning they attach.

In 2016, she also had an informal exchange with the Architectural Conservation Programme of the University of Hong Kong and joined the studio of its Master’s program to understand how heritage conservation is taught in Hong Kong.